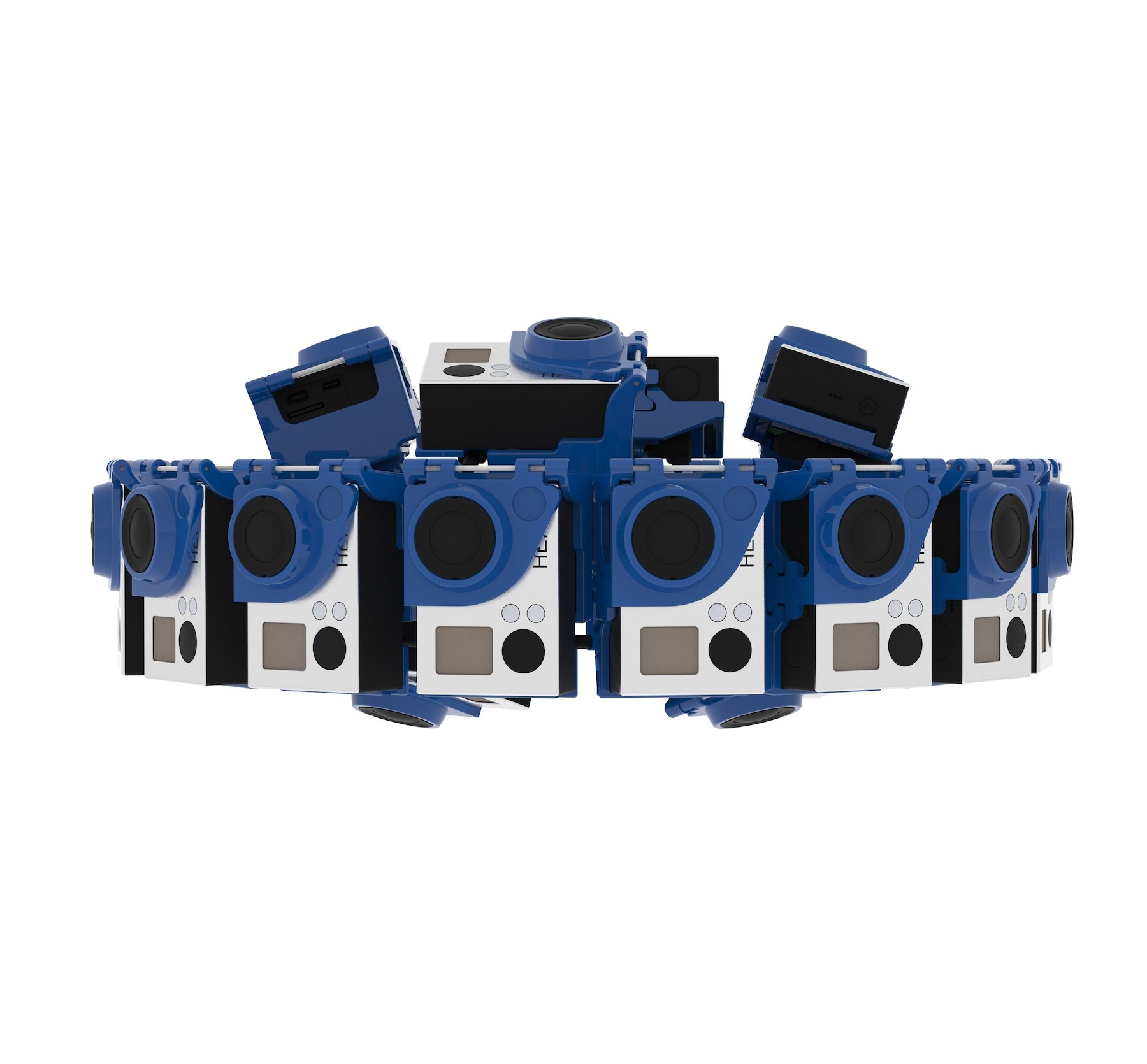 The 360Orb Bullet360 introduces camera sync technology to the 360Orb, a professional tool for filming high resolution 2D and 3D virtual reality 360 video content. Positioning 24 GoPro? cameras in a spherical orientation and connecting them to our built-in Bullet360 camera sync system, the 360Orb Bullet360 allows users to simultaneously turn cameras on/off and start/stop recording with the included remote. When filming with multiple GoPro? cameras at 120 frames per second (FPS), the Bullet360 board provides a sync within +/- 5 frames, presenting a more reliable and consistent camera syncing solution than wireless remotes relying on Wi-Fi. Triggering the Bullet360 wired remote switch not only turns cameras on/off and starts/stops recording, it also triggers a buzzer to provide an audio sync. This solves the critical workflow challenge of operating multiple cameras on set and achieving a close frame sync for the stitching process.The 360Orb Bullet360 is a 24-camera version of our 360 Plug-N-Play? Holder line. The new design features hinged camera arms for simple camera installation and durability, an anodized aluminum core for improved strength and 3/8? mounting points. The close proximity of each camera in this configuration offers a high level of frame overlap for each camera?s FOV (field of view). This means objects and subject matter can be very close (2-3 feet) to the unit while filming in comparison to other models without creating distortion and parallax issues during the stitching process. The system features 24 sync control boards with input and output ports which daisy chain each of the unit?s 24 cameras together. The hinged camera arm in our new modular holder design allows users to easily connect the GoPro? cameras to each Bullet360 board via the camera?s Hero port (located on the back of the camera). When secured via the hinged holder arm, users have easy access to all ports on the camera including the mini HDMI, USB port and MicroSD card slot.The 360Orb is designed to film 360 x 180 degree videos and photos at resolutions as high as 32K and can product content for virtual reality head mounted displays (HMDs), 360 video platforms, planetarium domes, dome theaters and large-scale displays. This model is ideal for studio shoots and other close quarter environments due to its high degree of frame overlap and the close proximity to which subjects can approach the unit without causing stitching issues in post-production. Down compressed footage filmed with this model is ideal for HMDs such as the Oculus Rift and Samsung Gear VR and for streaming via 360 video platforms such as Facebook, YouTube, Littlstar and Vrideo.