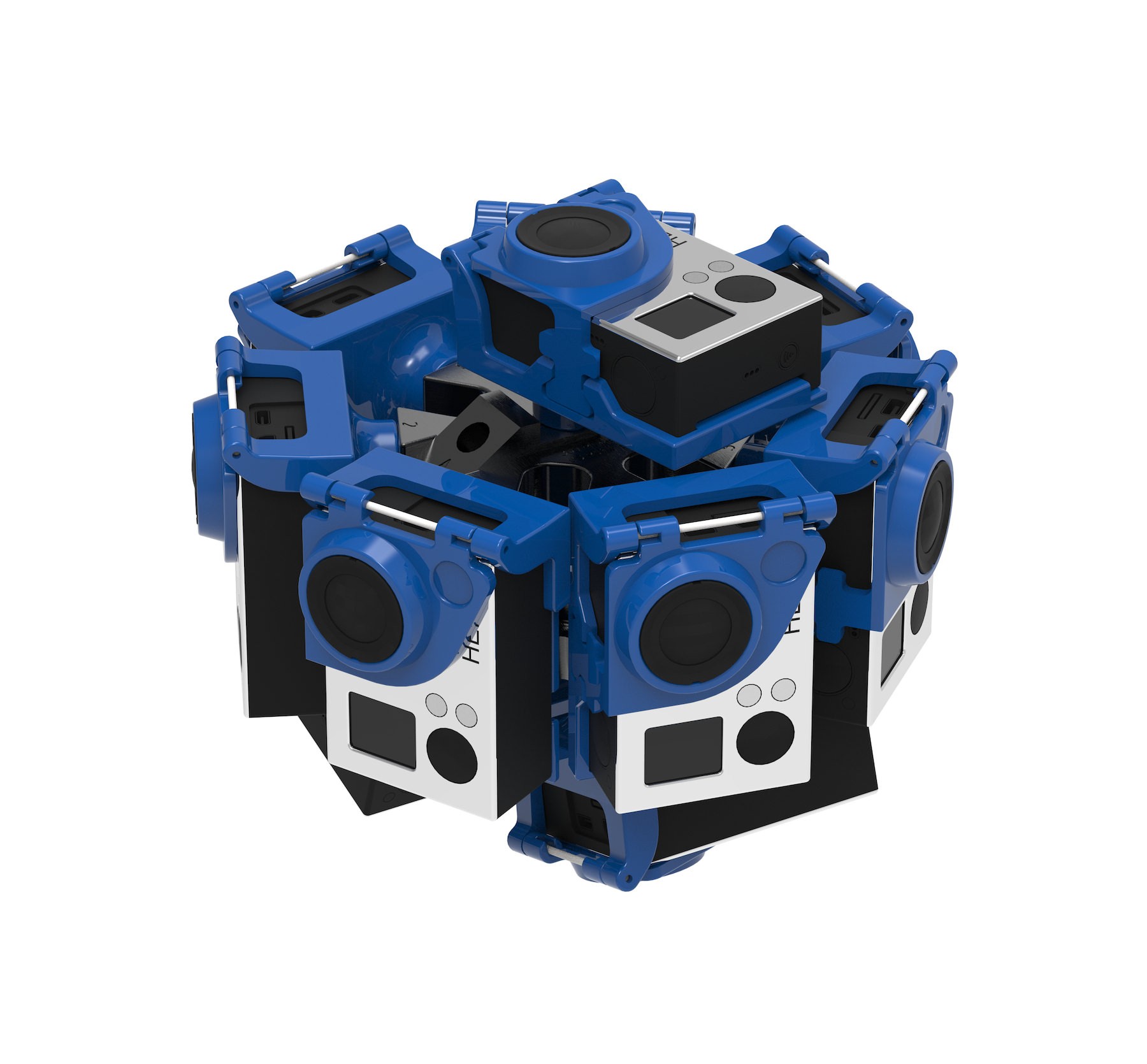 The Pro10HD v2 is a professional tool for filming high resolution 360? virtual reality video content. Positioning GoPro? cameras in a spherical orientation, the Pro10HD v2 360 Plug-n-Play? Holder captures 360 x 180 degree videos and photos at resolutions as high as 12,000 x 6,000 pixels. The Pro10HD v2 presents itself as our highest resolution model and is ideal for creating content for planetarium domes, dome theaters and large-scale displays. Content filmed with this model can also be experienced with the Oculus Rift, Samsung Gear VR, Google Cardboard and the industry?s other leading virtual reality head mounted displays and 360 video platforms.The close proximity of each camera in the Pro10HD v2 configuration offers a high level of frame overlap for each camera?s FOV (field of view). This means objects and subject matter can be very close (3-4 feet) to the unit while filming in comparison to other models without creating distortion and parallax issues during the stitching process. The Pro10 v2 is a modular redesign of our original 10-camera Plug-N-Play? Holder. The new design features hinged camera arms for simple camera installation and durability, an anodized aluminum core for improved strength and 3/8? mounting points. The Pro10HD v2 is a powerful, easy to use tool for content creators interested in filming interactive, high resolution virtual reality 360? spherical video content.