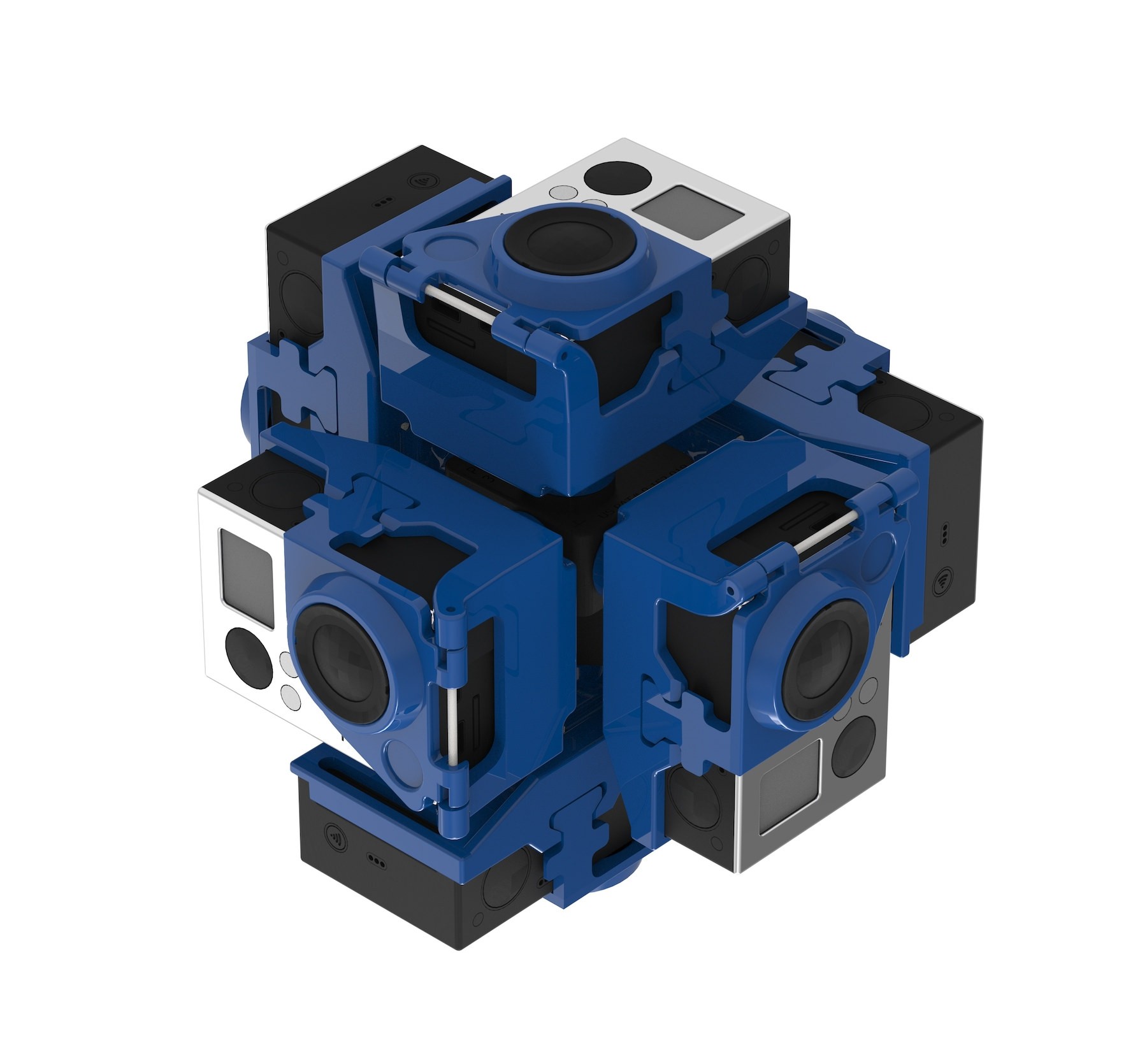 The Pro6 Bullet360 adds camera sync technology to our Pro6 v2 model for filming 360? virtual reality video content. Positioning GoPro? cameras in a spherical orientation and connecting them to our built-in Bullet360 camera sync system, the Pro6 Bullet360 360 Plug-n-Play? Holder allows users to simultaneously turn cameras on/off and start/stop recording with the included remote. When filming with multiple GoPro? cameras at 120 frames per second (FPS), the Bullet360 board system provides a sync within +/- 5 frames. This offers a more reliable and consistent camera syncing solution than wireless remotes relying on Wi-Fi. Triggering the Bullet360 wired remote switch not only turns cameras on/off and starts/stops recording, it also triggers a buzzer to provide an audio sync. These tools solve the critical workflow challenge of operating multiple cameras on set and achieving the close frame sync required to stitch quality 360 video content.The Pro6 Bullet360 features six sync control boards with input and output ports which daisy chain each of the unit?s six cameras together. The hinged camera arm in our new modular holder design allows users to easily connect the GoPro? cameras to each Bullet360 board via the camera?s Hero port (located on the back of the camera). When secured via the hinged holder arm, users have easy access to all ports on the camera including the mini HDMI, USB port and MicroSD card slot.The Pro6 Bullet360 system captures high resolution (up to 7,500 x 3,750 pixels) content that can be viewed with the Oculus Rift, Samsung Gear VR, Google Cardboard and the industry?s other leading virtual reality head mounted displays and 360 video platforms.


What is SSEPhotoVideo.com's Shipping Policy?
At SSEPhotoVideo.com, almost all of our cameras, drones and accessories ship free. If you want, for a little extra any item can be expedited so you can start using it right away. Not in United States? Not a problem, we can also ship to you!