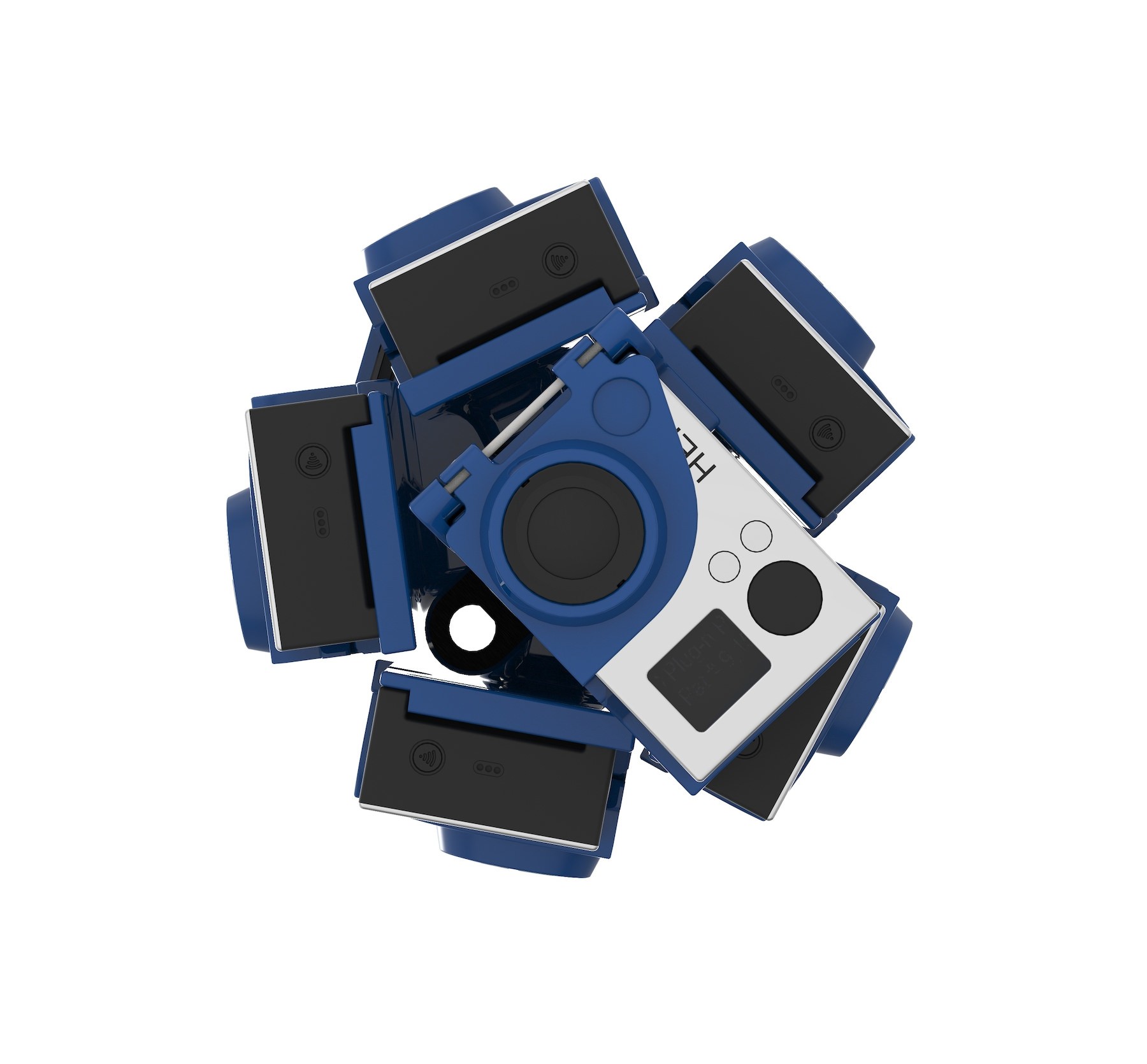 The Pro7 v2 is a professional tool for filming virtual reality 360? video content in close quarter environments such as concerts, real estate tours and events. Positioning GoPro? cameras in a spherical orientation, the Pro7 v2 360 Plug-n-Play? Holder captures high resolution (up to 7,500 x 3,750 pixels) content that can be viewed with the Oculus Rift, Samsung Gear VR, Google Cardboard and the industry?s other leading virtual reality head mounted displays. Content filmed with this model can also be uploaded to YouTube?, videos.360RIZE.com, VRideo? and other web-based 360-degree video hosting sites. The Pro7 v2 is an all-purpose solution for filming immersive virtual reality content in both indoor and outdoor environments. The seven-camera configuration offers improved frame overlap and fewer parallax issues when filming in closer quarter environments. The Pro7 v2 is a modular redesign of our original seven-camera 360 Plug-N-Play? Holder. The new design features hinged camera arms for simple camera installation and durability, an anodized aluminum core for improved strength and solid brass 3/8? mounting points. The Pro7 v2 is a powerful, easy to use tool for content creators interested in filming interactive, high resolution virtual reality 360? spherical video content.