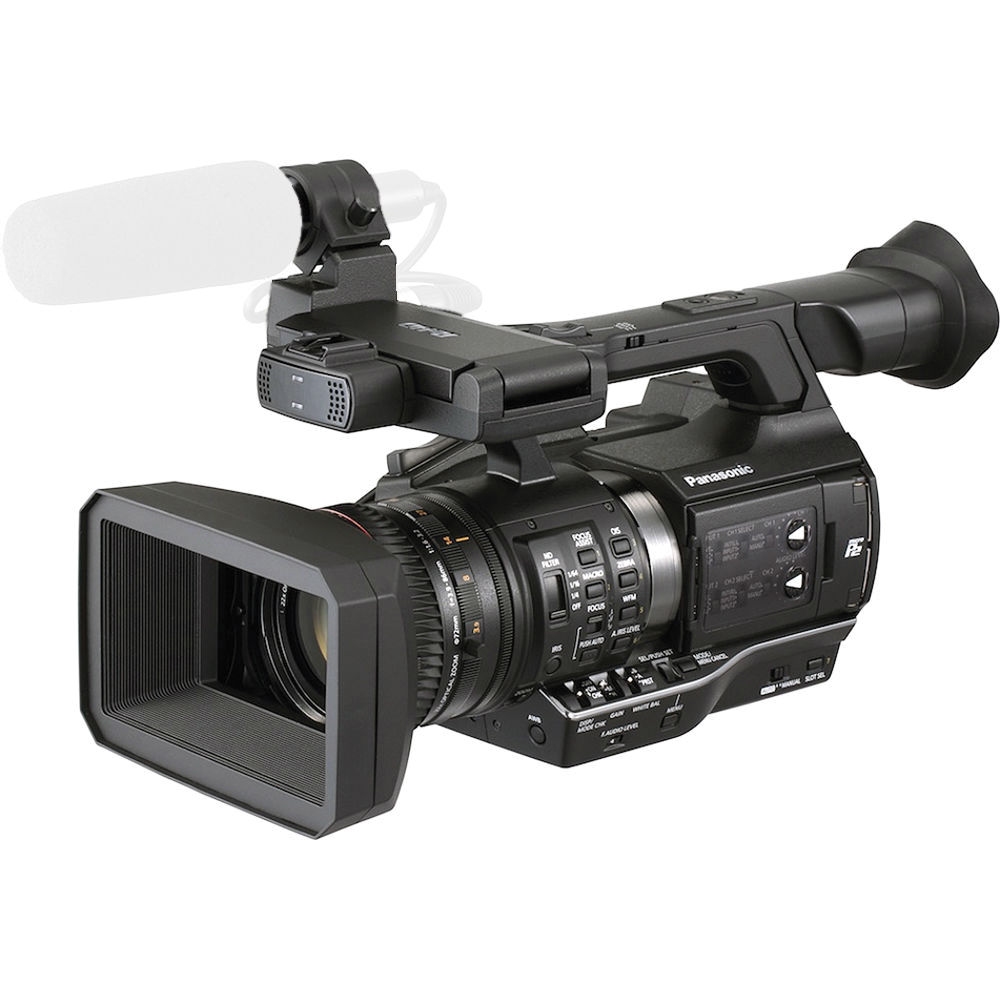 The Panasonic AJ-PX270 microP2 Handheld AVC-ULTRA HD Camcorder is a compact camcorder that draws many of its design features from Panasonic's shoulder-mounted line of camcorders. It features a 1/3" MOS imager that captures 1920 x 1080 at up to 60p, and a 22x optical zoom lens, with optical image stabilization. It records at high data rates to a variety of media, including microP2, as well as full-sized P2 media cards, while allowing you to use SDHC/SDXC media cards at lower data rates. It features a single P2 card slot, dual microP2 card slots providing a variety of recording options, and a single SD card slot for recording proxy files and camera settings.

The AJ-PX270 features AVC Ultra recording, which allows for expanded recording options. In addition to the standard frame rates, the camera will also record in variable frame rates at 1080p, from 1 to 60 fps in 25 steps. The camcorder features both an OLED viewfinder and a 3.5" IPS LCD view screen. The lens has built-in manual focus, zoom, and iris rings, providing manual control in addition to the servo control of zoom, and autofocus and iris functions. Taking a page from the larger shoulder mount rigs, the camera features a front-mounted audio input, for a camera-mounted mic, and a rear-mounted audio XLR input for a second microphone. Audio level controls are at the rear of the camera; however, a second audio level control for the front XLR input is located towards the front of the camera, making it easy to adjust the level on that mic while shooting handheld.

Even though it is designed as a compact handheld camcorder, the AJ-PX270 features connections that let you easily integrate it into multicamera shoots with large shoulder-mounted cameras. First, it features timecode in/out and a genlock in connector, so it can connect to a switcher for live multicamera shoots. It features a 3G-SDI output for integrating into an SDI infrastructure and outputting 1920 x 1080p60 video. The HDMI output allows you to monitor on lower-cost consumer monitors. The camera features a USB 3.0 connector with USB Host capabilities, a 2.5mm zoom s/s control jack, a 3.5mm focus/iris control jack, as well as USB 2.0 and LAN ports. It also features built-in networking protocols that allow you to wirelessly transfer your files when using optional USB dongles.

Sensor
The 3MOS sensor features 2.2MP resolution, providing 1920 x 1080p images at up to 60 fps. It features two menu settings—the default setting and the High-Sensitivity setting, which acts a gain boost with noise reduction, providing a cleaner image than just using the gain function.
Signal Processing
The camera features:
Dynamic Range Stretch (DRS)
Advanced Flash Band Compensation (FBC), compensating for dark areas in the frame that can occur when a still flash goes off. The FBC adjusts the image to minimize the appearance of the dark areas.
Gamma modes: The camera features seven user-selectable gamma modes—HD, SD, FILMLIKE 1, FILMLIKE 2, FILMLIKE 3, FILM-REC, VIDEO-REC
12-Axis Matrix Control + 3 skin tone: Provides a 12-axis color control of your image, with three skin-tone control, so you can isolate and adjust your colors precisely and protect your skin tones.